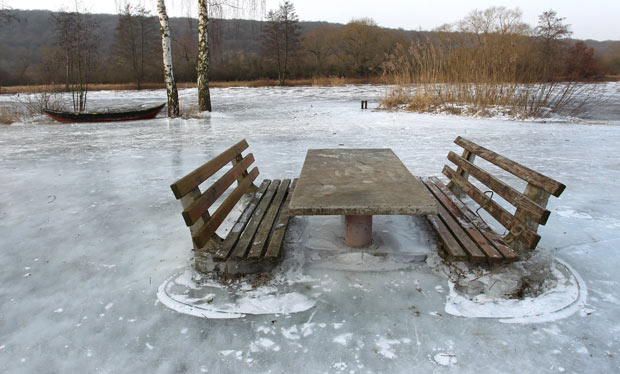 Are you covered?
Insurance claims for damage from winter storms, including from ice and freezing, made up 7.1% of all insured catastrophe losses from 1993 to 2012, according to the Insurance Information Institute. But what about your home? Are you covered?

For insurance purposes, there’s water damage, which is covered by your homeowners policy, and flood damage, which is not.  Insurance claims are judged on a case-by-case basis and each is different, of course. However, a homeowners policy generally covers damage from water that began inside the home. That usually means “before the water comes in contact with the ground,” says the Insurance Information Network of California.

In case of flooding, only flood insurance, which you have to purchase separately, will compensate you for damage. (FloodSmart.gov tells how, where and when to buy a separate flood insurance policy for your home.)
You may think that a basement full of water is a “flood,” but what’s a flood to you may not be a flood to an insurance company. Water entering your home from the ground is generally considered by insurers to be a flood.
The IINC says:
The dictionary defines “flood” as a rising and overflowing of a body of water onto normally dry land. For insurance purposes, the word “rising” in this definition is the key to distinguishing flood damage from water damage. Generally, damage caused by water that has been on the ground at some point before damaging your home is considered to be flood damage.

Here are a few examples of the types of problems caused by the polar vortex that are covered by homeowners insurance, provided you’ve taken reasonable care of the home by keeping it warm and maintaining gutters, pipes and drains: